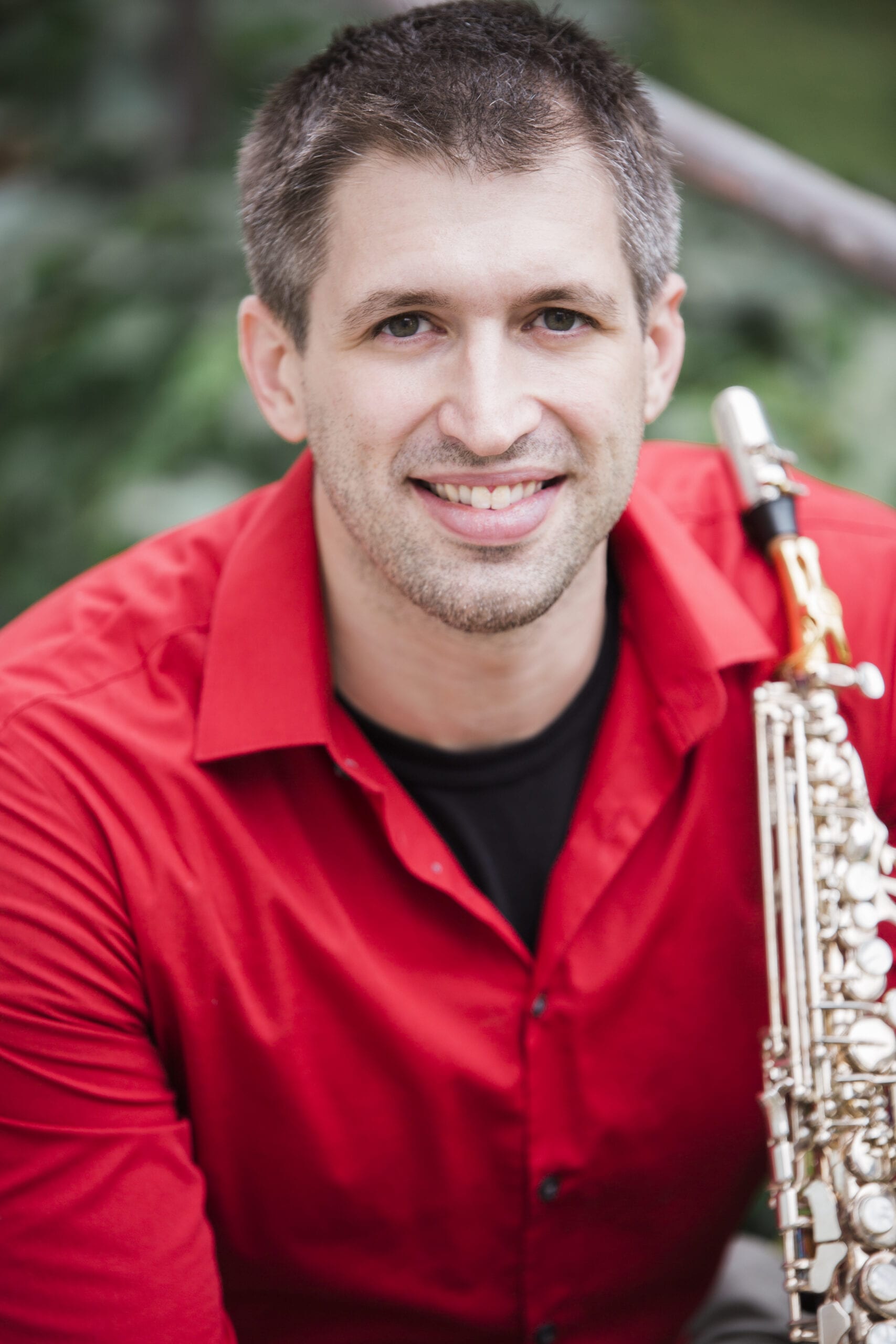 Described by Eugene Rousseau as, “a talented saxophonist,” Jason T. Laczkoski is an experienced performer, conductor, and educator.  Jason has presented numerous solo and chamber recitals throughout the United States in addition to frequent appearances at North American Saxophone Alliance conferences and the International Navy Saxophone Symposium.  He has performed with both collegiate and high school orchestras as a featured soloist.

Jason is frequently a clinician.  He has been invited to give masterclasses at a number of colleges and universities.  He may often be seen lecturing on how to develop an ideal saxophone tone.  In March 2011 he was the keynote speaker at the Pennsylvania Music Educators Association (PMEA) district 8 jazz festival where he presented the lecture, “Squeak, Slap, Thud, Developing the Golden Saxophone Tone.”   This presentation was so successful that he was invited to be a clinician at the annual PMEA all-state conference in 2012 which was held at the Lancaster Convention Center.  Most recently he was a speaker at the 2019 Kansas Music Educators Association All State Conference presenting a lecture titled, “So You Want to be a College Professor.”

Currently, Jason is an Assistant Professor of Music at Hannibal-LaGrange University in Hannibal, Missouri.  He is the director of bands, teaches lessons, and music history classes.  Previous teaching positions include Assistant Professor of Bands at Dodge City Community College in Dodge City, KS, Instructor of Music at Valley City State University in Valley City, ND, and Visiting Instructor at Indiana University of Pennsylvania.

Upon completion of his undergraduate studies Jason went on to earn a master’s degree in saxophone performance from the University of Iowa where he studied with world renowned saxophonist Dr. Kenneth Tse.  Jason was awarded the saxophone teaching assistantship during this time and also went on to win the Iowa MTNA young artist competition.  Jason remained at the University of Iowa for his doctoral studies.  Jason is ABD and expects completion of this degree in the near future.  In addition to his saxophone studies at Iowa, Jason completed a secondary area in conducting, studying with Myron Welch and Richard Mark Heidel.

In January 2011 Jason was the winner of a national competition in which he won a grant to record his debut CD, Come Down Heavy!  This recording was released on the Emeritus Recordings label and is available directly from the artist, ITunes, Amazon, and CDBaby.  The peer reviewed Saxophone Journal described Jason’s playing on this cd as having, “a supple technique, rich sound, and ample musicianship, exhibits an impressive command of his instrument…one wants to hear him again.”

An advocate of new music, Jason is constantly seeking out composers who write both intellectual and beautiful music.   He has commissioned music by such composers as Ian Stewart, Sy Brandon, David DeBoor Canfield, Baljinder Sekhon, John Griffin, and Josh Gottry.

Beyond saxophone, Jason has studied Body Mapping and Alexander Technique with Kay S. Hooper.  He frequently incorporates these concepts into his teaching and clinics.