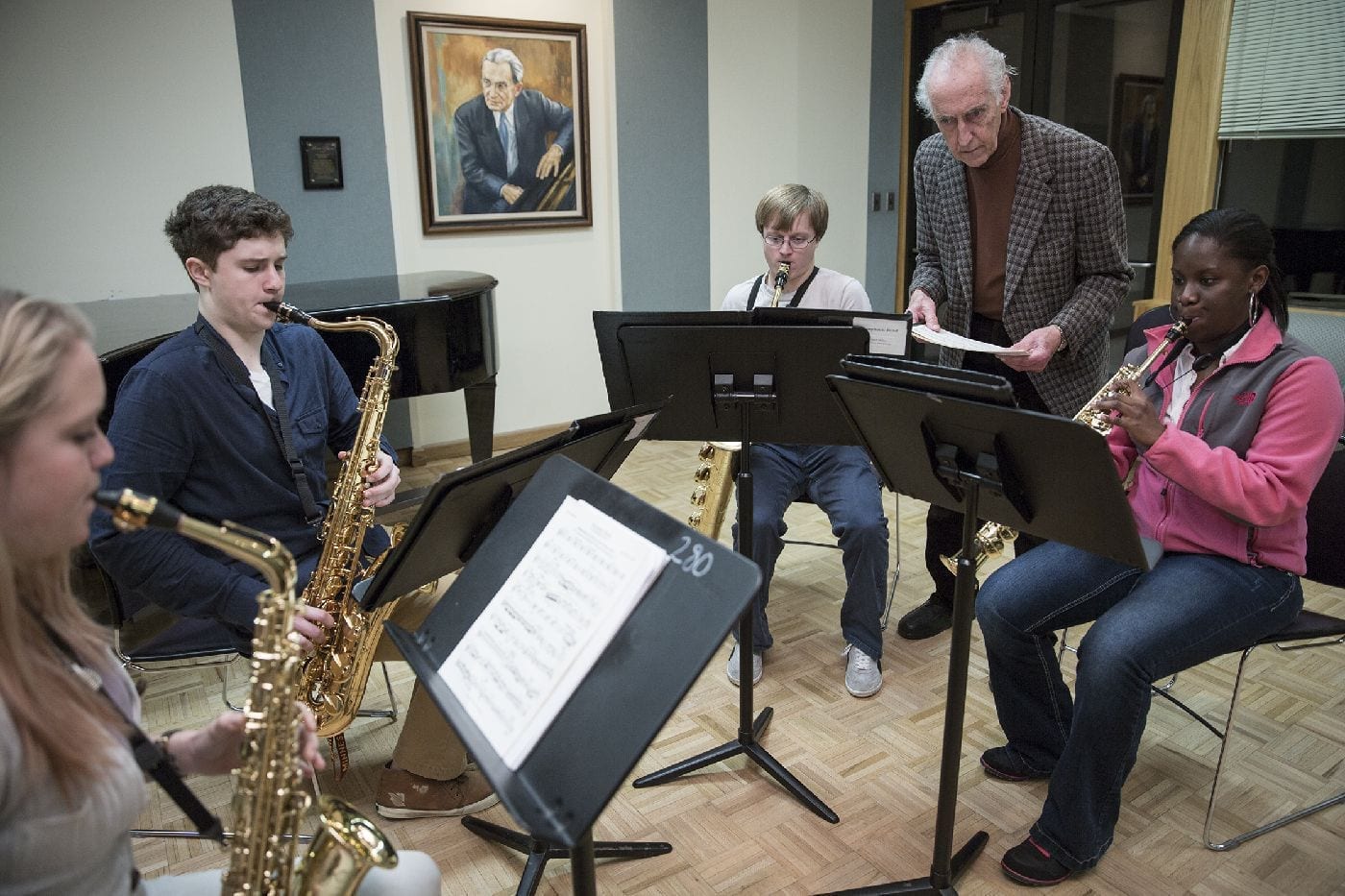 A school of teaching is generally observed to be teachers who hold a common doctrine or practice or follow the same teacher. These are both true for the students of Dr. Rousseau, as well as “legacy students*,” many of whom have their own studios at both small and large universities.

These teachers of the “Rousseau School” know that virtuoso teaching is an important part of their careers because they themselves have experienced it many times in Dr. Rousseau’s studio, workshops, and master classes. His ability to take students from where they are (“We really have no other choice”) and guide them to success is remarkable and may prove to be the most enduring part of his legacy – “Teaching is about as close to immortality as most of us get.”

He has been an indelible role model

Eugene Rousseau was greatly influenced by his study with “le Patron,” Marcel Mule. His teaching reflects Mule’s kindly yet authoritative manner and, similarly to Mule, his suggestions are firmly grounded in the practical experience born of hundreds of performances around the world. Rousseau’s decades of teaching may be distilled to a pair of Mule’s favorite quotations – “Don’t look for the difficult things; look for the simple things” and “One never arrives.”

What can students expect of teachers from the Rousseau School? Some of what you would expect: an intimate knowledge of saxophone literature, practical advice, historical background, contextual information, interpretive suggestions based on a broad experience of many styles. However, there are many intangibles which are difficult to adequately describe. “ the memories of watching you teach…, hearing you perform with sheer beauty and incomparable artistry and style, and observing the way you interact with people, not just saxophonists or students, but also with colleagues and their families.”1

Although Rousseau has often stated that “imitation is a great teaching tool,” one student remembers … “He was always encouraging and professional. His professionalism showed in his attire, mannerisms, interaction with students, and high standards in performance and teaching.” 2

Rousseau has maintained that “the most important characteristic a teacher can possess is kindness” and “encouragement is the most important thing you can say.” His students have responded to this environment as lessons in music and in life. 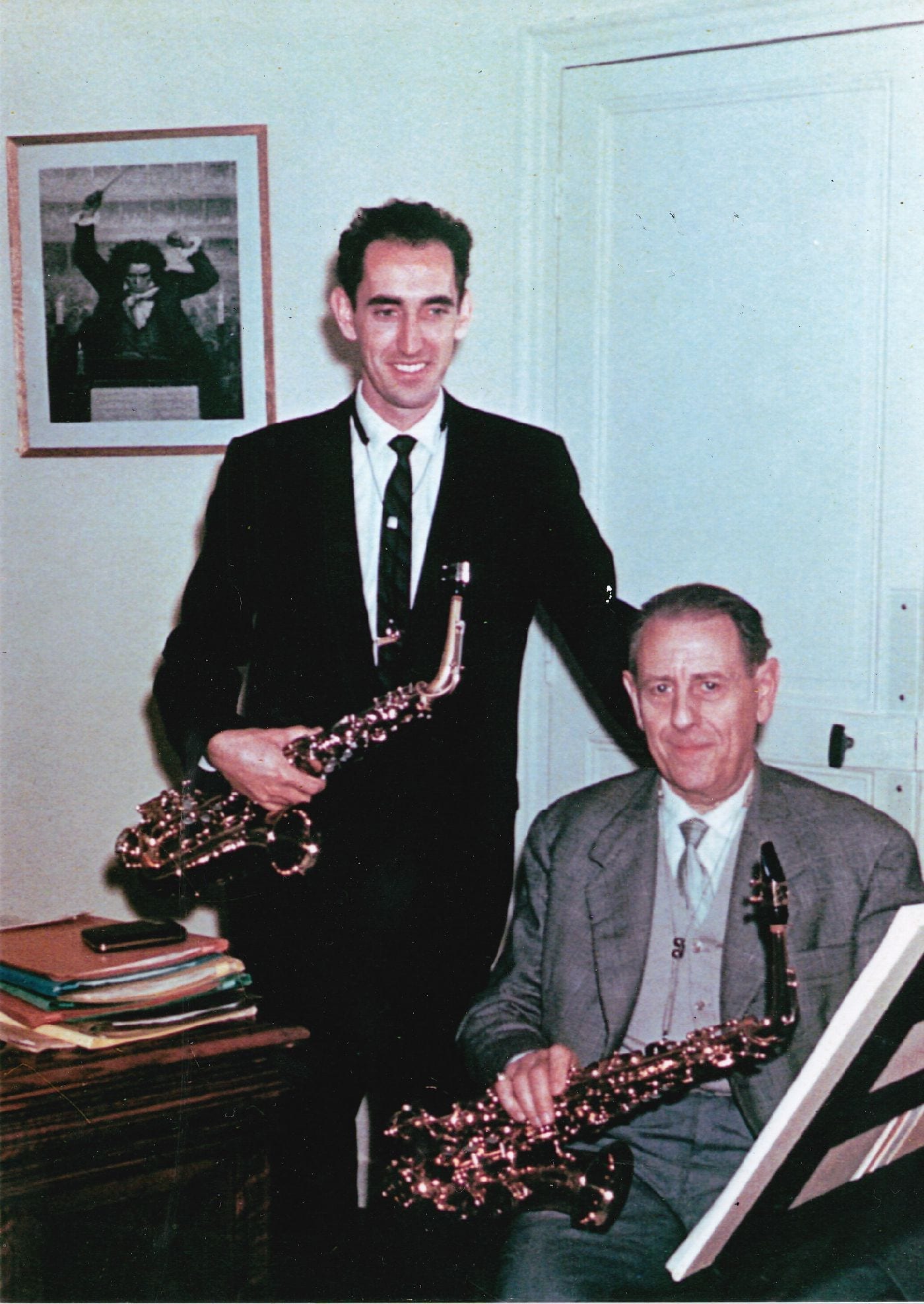 1 Eric M. Nestler, international saxophone artist and professor of saxophone at the University of North Texas

2 Kenneth Tse, international saxophone artist and professor of saxophone at the University of Iowa