The Career of Eugene Rousseau 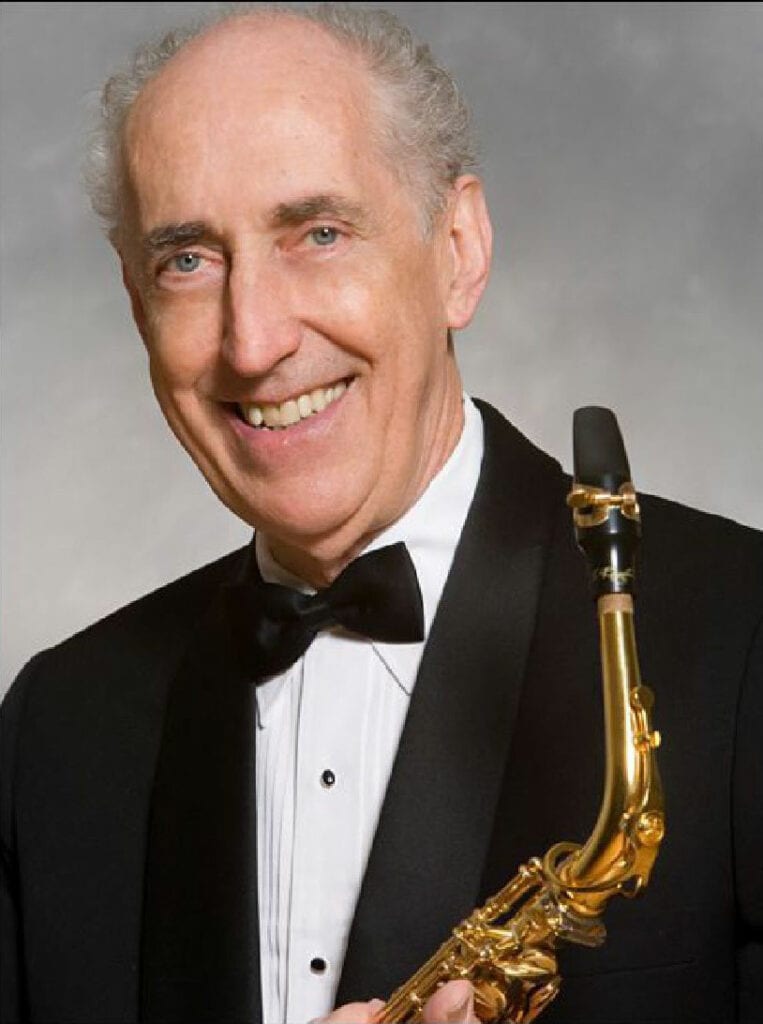 Eugene Rousseau has performed across North America and on five continents since his Carnegie Hall debut. The legendary saxophonist Marcel Mule described Rousseau as “a brilliant saxophonist and distinguished artist,” and critics the world over have echoed Mule’s praise. 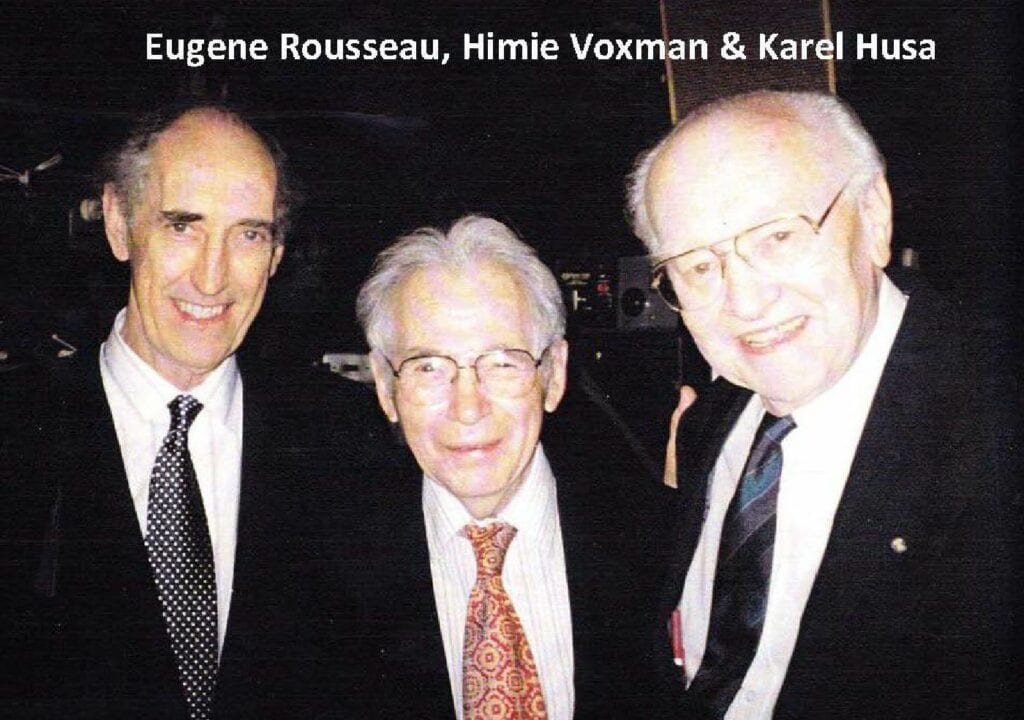 Rousseau’s artistry has inspired many “firsts.” He gave the first solo saxophone recitals in Paris, Berlin, Vienna, London and Amsterdam. He has given a yearly master course at the prestigious Mozarteum in Salzburg during 1991-2001, marking the first time that the saxophone was included at that institution. He has premiered numerous works written for him, including the Partita by Juan Orrego-Salas (with the Haydn Trio of Vienna), Jindřich Feld’s Sonata for alto saxophone and piano, and Concerto for saxophones and orchestra, Bernhard Heiden’s Fantasia Concertante for alto saxophone and winds, Hear Again in Memory, by Frederick Fox, Don Freund’s Skyscrapings for alto saxophone and piano, and Concertos by Libby Larsen, Claude Baker, and David DeBoor Canfield. 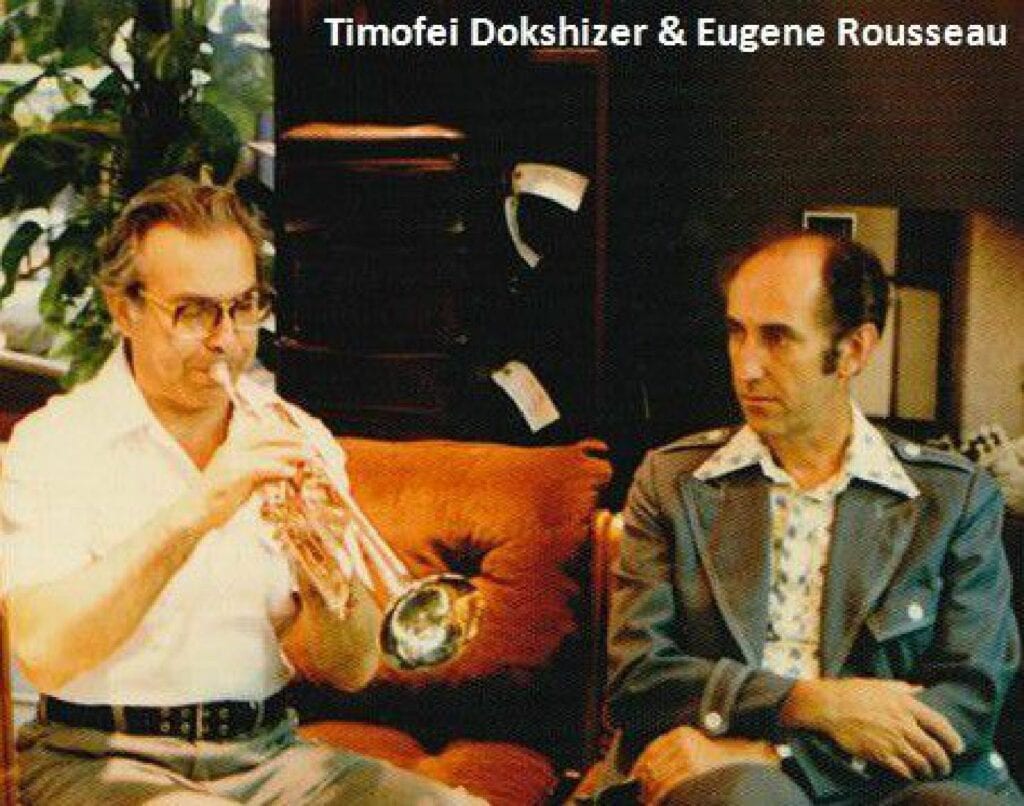 The Chicago-born Rousseau’s service to the saxophone community is of long standing. Since 1972, he has been the Yamaha Corporation’s chief consultant for saxophone research, contributing to the development of acoustic improvements in saxophones and mouthpieces. In 1985, he recorded a video program for Yamaha, Steps to Excellence. Rousseau co-founded the World Saxophone Congress in 1969 and has been President of both the North American Saxophone Alliance (1979-80) and the Comité International du Saxophone (1982-85). In May 1998, he was honored as a Distinguished Alumnus by the University of Iowa, at which institution he earned the Ph.D. degree, his principal teacher being Himie Voxman. He holds the title of Distinguished Professor of Music Emeritus at Indiana University, having served on the IU faculty from 1964 to 2000. 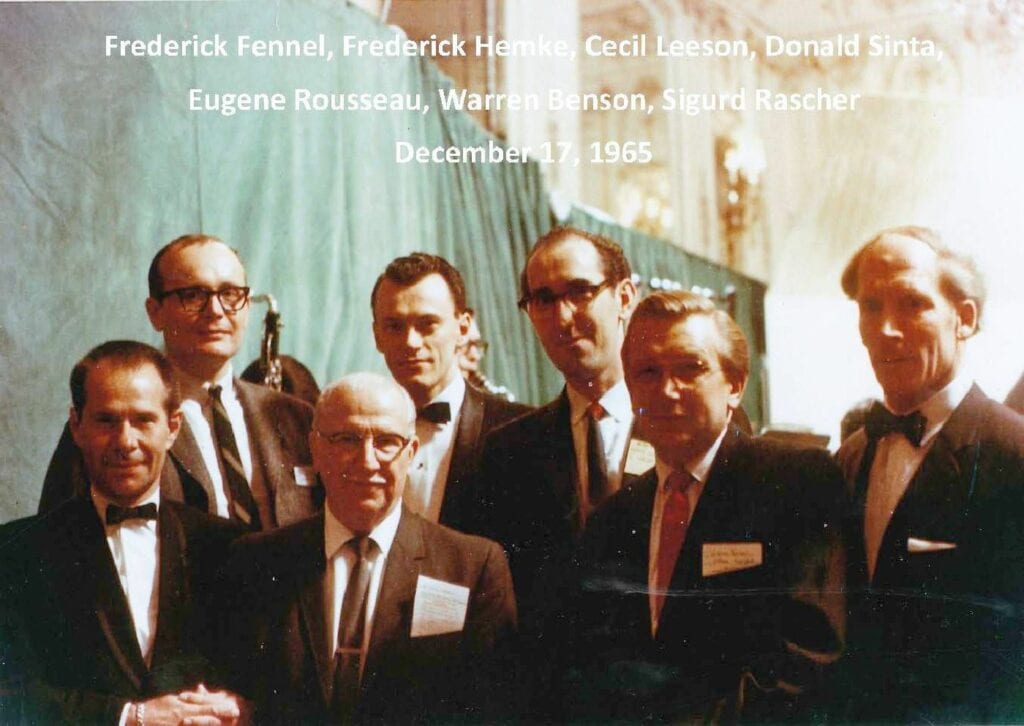 Awarded: Grant from lREX to be Guest Professor at Prague Conservatory, 1985

Awarded: Fulbright Scholarship for study with Marcel Mule in Paris, 1960

The Virtuosity of Instruction by Thomas Liley

He has been an indelible role model It is certainly true that Eugene Rousseau has provided audiences with numerous virtuoso performances over the years. His students know that virtuoso teaching is another important part of his career because they have experienced it many times in his studio, workshops, and master classes. His ability to take students from where they are (“We really have no other choice”) and guide them to success is remarkable and may prove to be the most enduring part of his legacy – “Teaching is about as close to immortality as most of us get.”

“Treat each student as an individual” is an important part of his teaching philosophy, as is “We can’t teach anybody anything; we can only help them to learn.” He maintains that “the best teaching is the least teaching” and that “our basic mission as teachers should be to make ourselves useless, to get out of the way.” Rousseau enjoys Arnold Jacobs’ observation that “too much analysis leads to paralysis.” And he understands that “the only way we can go is forward.” 1

Rousseau was greatly influenced by his study with “le Patron,” Marcel Mule. His teaching reflects Mule’s kindly yet authoritative manner and, similarly to Mule, his suggestions are firmly grounded in the practical experience born of hundreds of performances around the world. Rousseau’s decades of teaching may be distilled to a pair of Mule’s favorite quotations – “Don’t look for the difficult things; look for the simple things” and “One never arrives.”

Rousseau knows the saxophone literature intimately and relates practical hints (such as where best to breathe and which are the appropriate fingerings), historical background (such as the circumstances in which a composition was written), contextual information (where a work fits within a composer’s total output), and interpretive suggestions based upon his broad experience in many styles over the years. Although Rousseau has often stated that “imitation is a great teaching tool,” one student remembers …my lessons with ER were different than with previous teachers. Where other teachers demonstrated how something should be played, ER made me think for myself. He would ask me questions about how something should be played and direct me to the correct answer. His was a very scholarly approach to teaching. 2

Students are welcomed to lessons with a handshake or (in later years especially) a handshake and a hug. They are expected to bring a notebook in which Rousseau writes comments about each lesson. Many of his students refer to these notes regularly and have adopted the use of a notebook or journal in their own teaching. His students also noticed that Rousseau …always read some kind of a score when teaching, rather than the saxophone part. He was always thinking of the complete picture, even when there was no pianist in the room. 3

Rousseau believes that a positive, supportive studio atmosphere is vital to students’ success. Cut-throat competition and back-biting have no place. From his performances and master classes around the world, he often personally knows prospective students and can sense whether they will fit in. Sometimes current students are asked for their opinions about possible new members of the studio. He knows that he is not the only person in the studio from whom his students will learn.

He maintained total control over his studio and it ran incredibly well, allowing his students a small ‘school’ midst a very large department within which to learn and share with each other. I have master’s and doctoral degrees from two other schools, yet my deepest friendships within the saxophone community were begun and nurtured at IU and this, I’m sure, is a result of Dr. Rousseau’s teaching philosophy. 4

I always felt, as I’m sure we all did, that we were part of something really special, an extended family. This is a great, empowering feeling for a student to have – that what you are doing and learning about is important on a large scale. 5

He is aware that the pursuit of a career in music can be incredibly intense. He has seen students who were unable to endure life in a school of music and his suggestions have proven valuable to members of his studio. One student remembers the first meeting of saxophone students with Rousseau a fall semester thirty years ago.

The thing that really caught my attention was his advice on how to survive music school. ‘There’s more to life than just the saxophone. Keep some balance in your life. Read a book every once in a while and not just that awful stuff you have to read for classes. I could tell you to make sure to get enough sleep; you won’t, but try to. Get some exercise; you need it. Eat some vegetables; sounds like your mother, right? Everyone needs some quiet time, not sleep but some time to get away from the disco music (!) and collect yourself, maybe think things over a little bit.’ He mentioned that one of his students would go to the chapel, not necessarily for a religious service, but just because it was quiet. ER mentioned that he got exercise and quiet time at the same time on his walks to and from school. As I recall, he lived about 2.5 miles from school and covered the distance in half an hour, which is really moving for a walker. 6

Rousseau has maintained that “the most important characteristic a teacher can possess is kindness” and “encouragement is the most important thing you can say.” His students have responded to this environment as lessons in music and in life. He gave me the great dignity of treating an earnest 17-year-old as a serious student and musician right from the first moment we met. He has been an indelible role model in that and many other ways through- out my professional life. 7

His manner of criticism was gentlemanly – kindness first, criticism second. He was never condescending, just honest, direct, and tactful. His method of teaching has been the most important role model of my professional life. 8

It was the most thrilling and exhilarating experience I have ever had. Not having had a teacher for so long, it was a dream come true. He was always encouraging and professional. His professionalism showed in his attire, mannerisms, interaction with students, and high standards in performance and teaching. 9

Through his performances and his teaching, Rousseau has always demonstrated his faith in the saxophone as a medium of musical expression. He has presented the saxophone at an extremely high artistic level at all times and the world has taken notice.

At IU the saxophone was taken seriously. Midst the world-class opera program and musicology professors leading their respective fields, the saxophone was seen as important, truly legitimate, which, as a young and passionate musician, meant the world to me. I remember Dr. Rousseau correcting someone who had identified themselves as being ‘just a saxophonist.’ ‘You are a saxophonist,’ he said. ‘Never apologize for that.’ 10

In addition to the observations cited above, several other aspects of Rousseau’s teaching can be noted. Rousseau knows the value of presenting concrete examples for abstract concepts, giving students something tangible to take with them. He understands the importance of being able to express the same idea in a variety of ways. Rousseau enjoys presenting this example to illustrate how the same thing can be said in two very different ways. If you have a flat tire on your car, you can go to a service station and say, ‘Hey, Buddy, I got a flat tire on my car. Can you give me a hand?’

Or you can say, ‘Excuse me, my good man. I seem to have encountered a puncture in one of the round rubber wheels on my automotive conveyance. Would it be possible for you to render some assistance?’ You have to use the language which will give the results you want.

At the 1994 Midwest Band and Orchestra Convention in Chicago, Rousseau declared, “I can think of no way to teach any instrument other than through teaching fundamentals.”.

1 Jacobs (1915-1998) was an eminent brass teacher and principal tubist with the Chicago Symphony Orchestra for forty-four years.