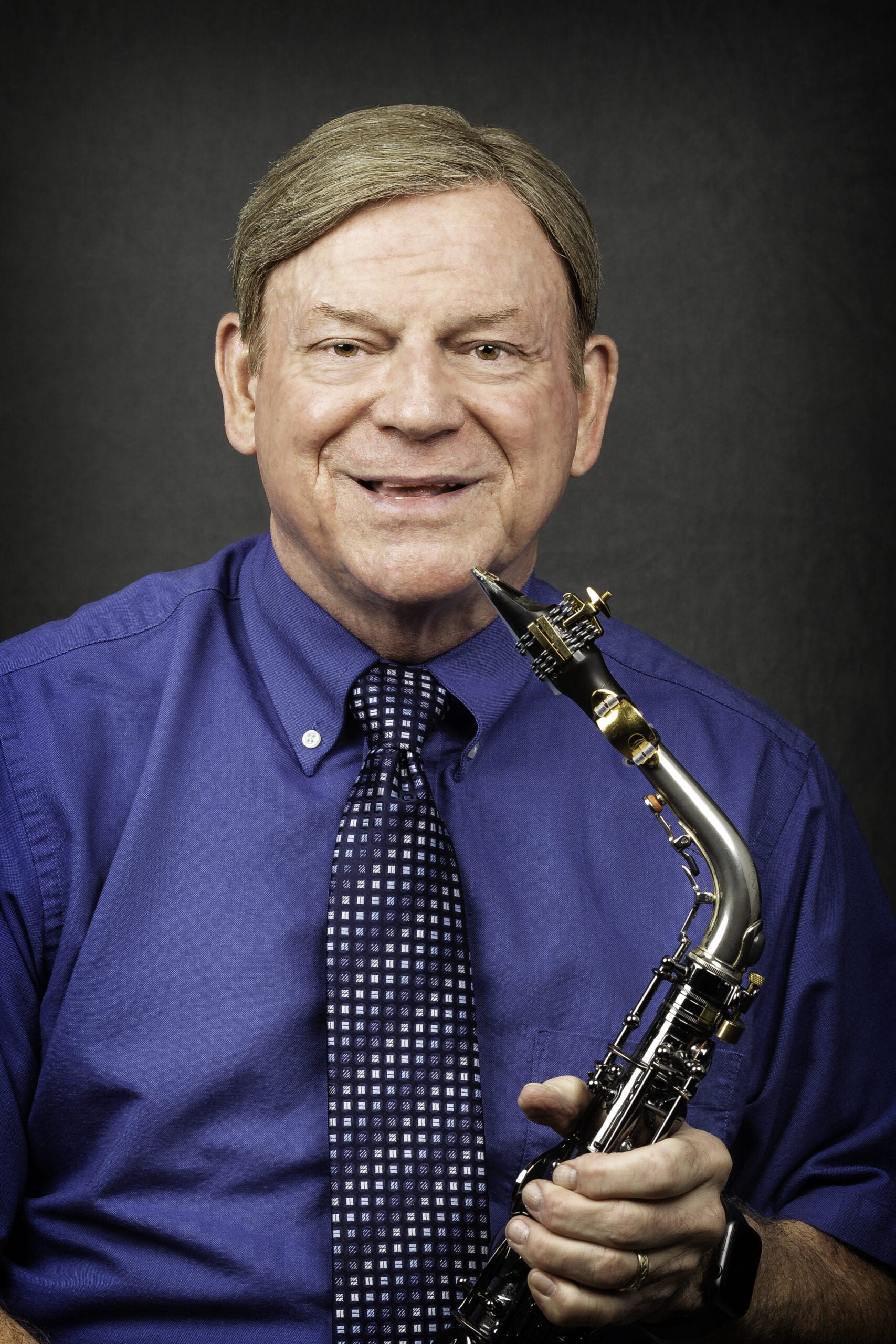 “I love my Rousseau mouthpieces because of the clear tone, excellent response—especially in the extreme registers, and the smoothness and quietness—not a lot of extra noise.”

Dr. Ray Smith is both a teachers’ teacher and an excellent performer. For nearly 40 years he has taught at Brigham Young University in Provo, Utah serving as the Director of Jazz Studies and Professor of Music. He is a master pedagogue and has been blessed with many insights and approaches that are effective and have allowed him to consistently turn out a superior jazz ensemble year after year and countless private students who have gone on to be very successful. His jazz big band, Synthesis, has received national and international recognition by winning many jazz festival competitions such as the Pacific Coast Collegiate Jazz Festival, the Lionel Hampton Jazz Festival, and those sponsored by the International Association for Jazz Education and the Jazz Education Network; performing in some of the great international jazz festivals such as The Montreux Jazz Festival in Switzerland, the North Sea Jazz Festival in Holland, and the Antibes Jazz Festival in the French Riviera, The Saulkrasti Jazz Festival in Latvia, The Pori Jazz Festival in Finland, and The Umbria Jazz Festival in Perugia, Italy, the Edinburgh Jazz Festival in Scotland, the Copenhagen Jazz Festival in Denmark, the Wigan and Birmingham Jazz Festivals in England, the San Sebastian Jazz Festival in Spain, the Loule Jazz Festival in Portugal, to name a few; and has toured Japan, China, and Brazil, not to mention blazing new trails into Siberia. Ray has also performed and done clinics at the World Saxophone Congresses in Bangkok, Thailand; St. Andrews, Scotland; Zagreb, Croatia, and has done a residency at the University of Manila in the Philippines. In 2013, his big band was named Top University Jazz Band in the country in the Downbeat Magazine Student Music Awards, and in 2018 the band received an Outstanding Performance Citation from Downbeat Magazine and again in 2020. He has also built one of the country’s outstanding saxophone studios at Brigham Young University.

As a performer, Smith is equally at home in either classical or jazz-related styles and is adept at all five of the woodwind instruments: flute, oboe, clarinet, bassoon, and saxophone. He has well over 200 CD credits and has recorded on many film scores and television themes and jingles such as The Sandlot, The Swan Princess, Good Morning America, The Today Show, The Oprah Winfrey Show, ESPN, Buick and Chevy jingles, etc. Dr. Smith performs periodically with the Utah Symphony and The Mormon Tabernacle Choir and Orchestra and is a regular with the Utah Saxophone Quartet and Q’d Up, a jazz quintet, as well as the jazz saxophone quartet, FOUR. He has performed such works with the Utah Symphony as the Milhaud Creation of the World, Prokofiev Lieutenant Kije Suite, Ravel Bolero, Copland Piano Concerto, Piazolla Oblivion, Gershwin Rhapsody in Blue and American in Paris, to name a few. Smith’s credentials stem from learning from the masters: Eugene Rousseau, David Baker, Dominic Spera, Jamey Aebersold, Jerry Coker, and Newell Dayley. Awards he has received include the Woody Herman Award for musical excellence and professionalism, the Voice of Jazz Award for the State of Utah; and in 2008, he was recognized by the International Association for Jazz Education as the first Utah Jazz Master, a lifetime achievement award “for profound contributions and virtuoso performance in the field of jazz in Utah.” He is currently the Utah President of the Jazz Education Network. His recently released work, The Real Jazz Pedagogy Book (Outskirts Press), is rapidly becoming a mainstay reference for jazz educators. He is also published in the Jazzer’s Cookbook (Hal Leonard) and Teaching Music Through Performance in Jazz (GIA). He is in the process of publishing his Definitive Saxophone Pedagogy Book. He is a member of the Recording Academy and a voting member in the Grammys.