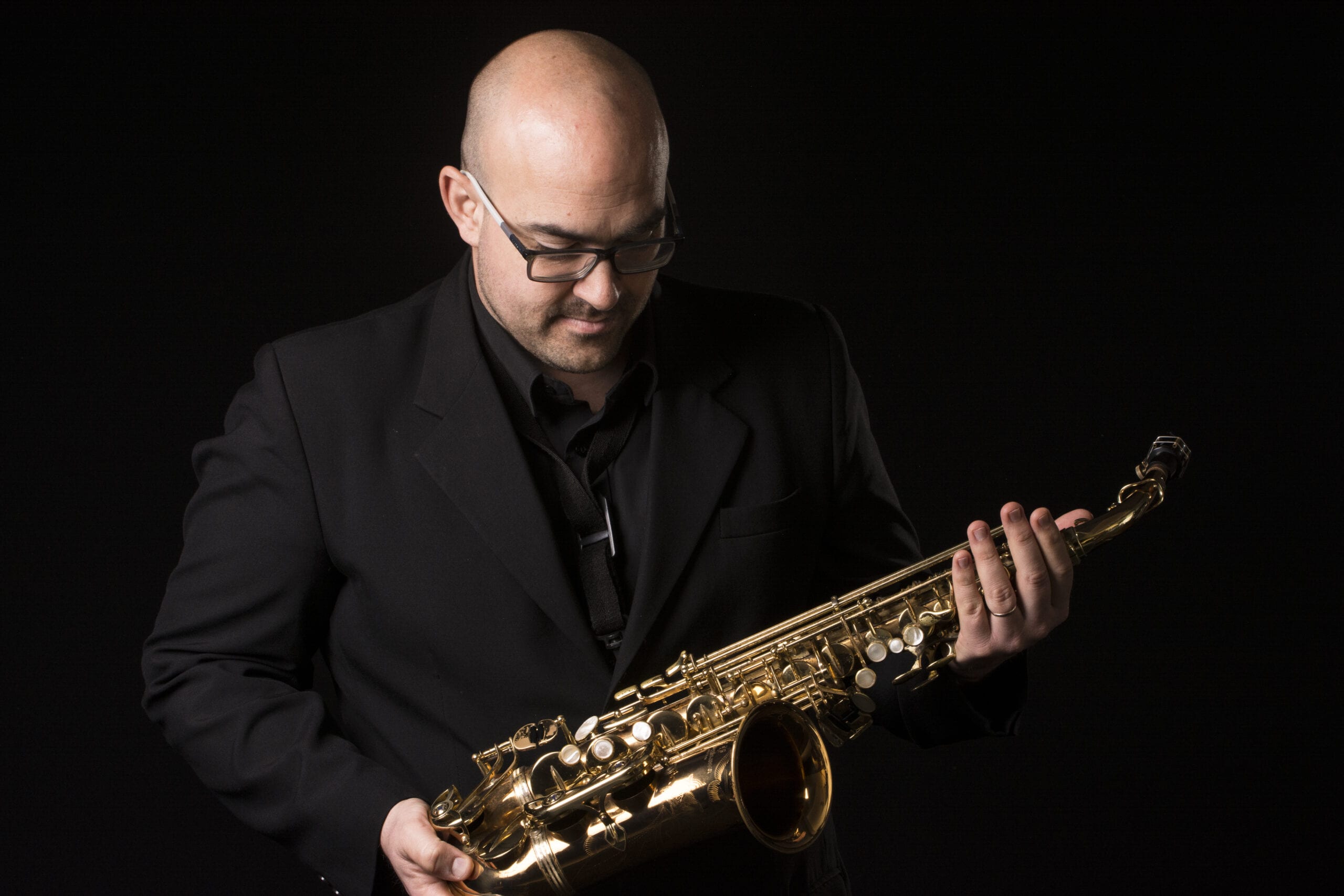 Saxophonist Ricardo Figueira studied at the “Vicente Ascone” Municipal School of Music in Montevideo and at the Escuela Universitaria de Música. His teachers were Jorge Bingert, Santiago Gutierrez, Edgardo D’Andrea y Esteban Falconi. He continued his studies in Buenos Aires, Argentina with the teachers Hugo Pierre, Maria Noel Luzardo and the Dutchman Frido Ter Beek. He has participated in master classes dictated by the teachers Preston Duncan (USA), Anna Wytko (USA), Marie-Bernardette Charrier (France) and Carl-Emmanuel Fisbach (France) among others.

In 2016 he won the Vicente Ascone prize in the 75º Anniversary Contest from the “Vicente Ascone” School of Music which allowed him to present as a soloist with the Symphonic of Montevideo. As a member of the quartet of saxophones “SP4” he has performed at many national and international festivals.

With the pianist Mayra Hernández form the duo Figueira – Hernández which is working along with several national composers, in the creation of an original repertoire of a Uruguayan academic music for saxophone and piano performing at national and international festivals.

He works with AUDEM (Uruguayan Association of Musicians) as an artistic advisor in the organization of Latin America Saxophones Congress (ALASAX) which took place last September 2019 in Montevideo, Uruguay. Founder of the Saxophone Orchestra of Montevideo.

Ricardo Figueira is a Rousseau Mouthpiece artist and Yanagisawa artist in Uruguay.