Rousseau Mouthpieces was proud to sponsor the International Saxophone Meeting SAXGO22. This event featured accomplished saxophone players from around the world who convened to Nova Gorica to contribute to a rich and varied festival program. The concerts in and around Nova Gorica offered attendees the chance to hear saxophones in an array of different genres – from classical to jazz among other styles that truly reveal the instrument’s expressive capabilities.

This year’s edition featured the Festival and the International Saxophone Competition SAXGO with 18 competitors from European and Asian countries including France, Croatia, Italy, Latvia, Poland, Slovenia, Spain, and Japan. Rousseau Artists Dragan Sremec and Matjaž Drevenšek were among the artists featured at this festival.

From June 28th to July 8th 2022, the SAXGO-spirit was felt throughout the entire city. The festival program was wonderful, and the competition was extraordinary due to the high level of the competitors.

Rousseau Mouthpieces supplied an ER50 Classic and ER50 Custom to be placed into the prize pool. Congratulations to finalists Etienne Boussard (France), Karol Mastalerz (Poland), Domen Koren (Slovenia), and Takaya Minami (Japan) and all other saxophonists who took part in SAXGO22! 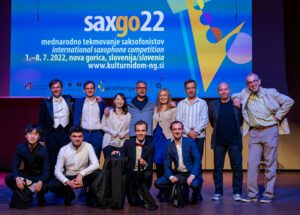 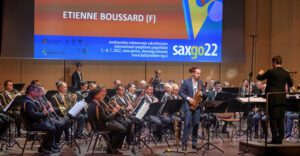 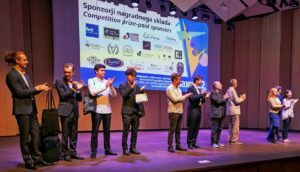